Two things recently reminded me of the old adage, “All unhappiness comes from comparison.” One was a picnic I attended at the home of an organizer of a gay friends social group. I went with a friend who was also in the group, who is older than me and also single. He seems content with that, as am I. Still, it would be nice to be in a committed relationship for the support and companionship. But that’s not what I really want to talk about now.

The thing that kept occupying my thoughts was how much better off most of the group members were as far as careers (current or retired) and their socioeconomic status. One couple lived in NYC during the week where one of the men was an attorney for the city.  They had a home in the Lehigh Valley area where they stayed on the weekends.

The home where the picnic was held was quite nice.  Another man was involved with running a radio station. There was another who also lived in New York, but spent a lot of time in the Lehigh Valley, though I didn’t catch what he did.

There was a couple who go to my church, that I haven’t talked with much before. They had just been to Paris. I’d love to do that, but I don’t know if I’ll ever get that chance. One of those men also thought my friend and I were a couple. Maybe I should talk more about that aspect in my next post.

There were others who either had great careers or talked about their travels. Then as I was about to leave, I ran into a guy I had met at an earlier event. My friend and I talked tiohim some. It turned out he was working for Amazon as a picker in the warehouse. Not a fun job, or well paying.

I felt better after that. But should it have taken that one comparison to get me to see that all the other comparisons were just making me unhappy, and they were irrelevant?

I was embarrassed to tell classmates at a reunion a few years ago that I was an assistant manager at Family Dollar. But I shouldn’t have been. That’s where I was at, and that’s that. It was good experience.

Now, I’m microfilming newspapers for preservation. I started in the digital department at the company and have learned a lot of different skills in a few years, so I guess I’m content with that for now. Of course, I still want to be a writer. It’s good to have goals and dreams.

You just have to be patient and work toward your long term goals while you muddle through.  Most importantly, don’t make comparisons, except maybe to yourself, to gauge progress. 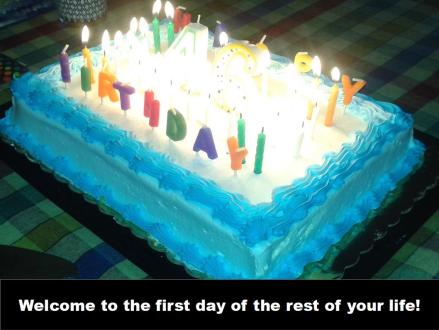 I’m talking about discipline. Self-discipline, to be specific.  I’m 60 pounds overweight.  My old punctuality problem is back.  I’m not working out, and as you may have noticed, I’m not writing much. Ugh. It’s a constant struggle, isn’t it?

Part of the problem is that with my weight at my personal max, my sleep apnea is worse, and the lack of energy has made it very difficult to get other things done. I’ve had several naps rage out of control lately. I plan on 30-45 minutes and end up losing 3 hours, or more, even going so far as to reset the timer on my phone to sleep a while longer.

So, I’m not really blaming myself, or being hard on myself, but I am determined to push forward. Don’t worry, I’ll get medical attention for the sleep apnea worsening, but I’m not waiting for that to be wrapped up. I’m forging ahead with my discipline renewal now.

Am I setting myself up? I don’t think so. I’m very determined, tenacious, a little stubborn, perhaps. I know I can do better. You’ve got to do the best you can and allow for some minor slippage when you’re working on life improvements.  Don’t beat yourself up. The world does enough of that.

One thing I managed to figure out years ago, is that discipline is an interconnected thing. It’s hard to be disciplined in one area while completely lax in another. For example, sticking to a diet and exercise plan will actually help me work on my writing.

You don’t want to take on too much all at once, but you do want to have a brand spanking new mindset, one that accepts the reality of the occasional setback, but marches on relentlessly to the goal, knowing you’ll get there. That’s what I’m going to do.

Who’s with me? We’re all in this together, after all!  Go to it!